Football players are so much more than that, and New England Patriots try to prove that with every chance they get.

Usually, after they’ve finished training for the day, Patriots players sign autographs for fans. This Thursday, however, Stephen Gostowski had a different plan to end the day.

Leading a group of his teammates, Stephen rode across the sideline on a bright blue bike. His knees kept banging up against the handlebar, but wouldn’t stop smiling as he approached a group of 20 kids.

“You guys want some bikes?” he said, hopping off the bike and handing it to the first kid to raise his hand. 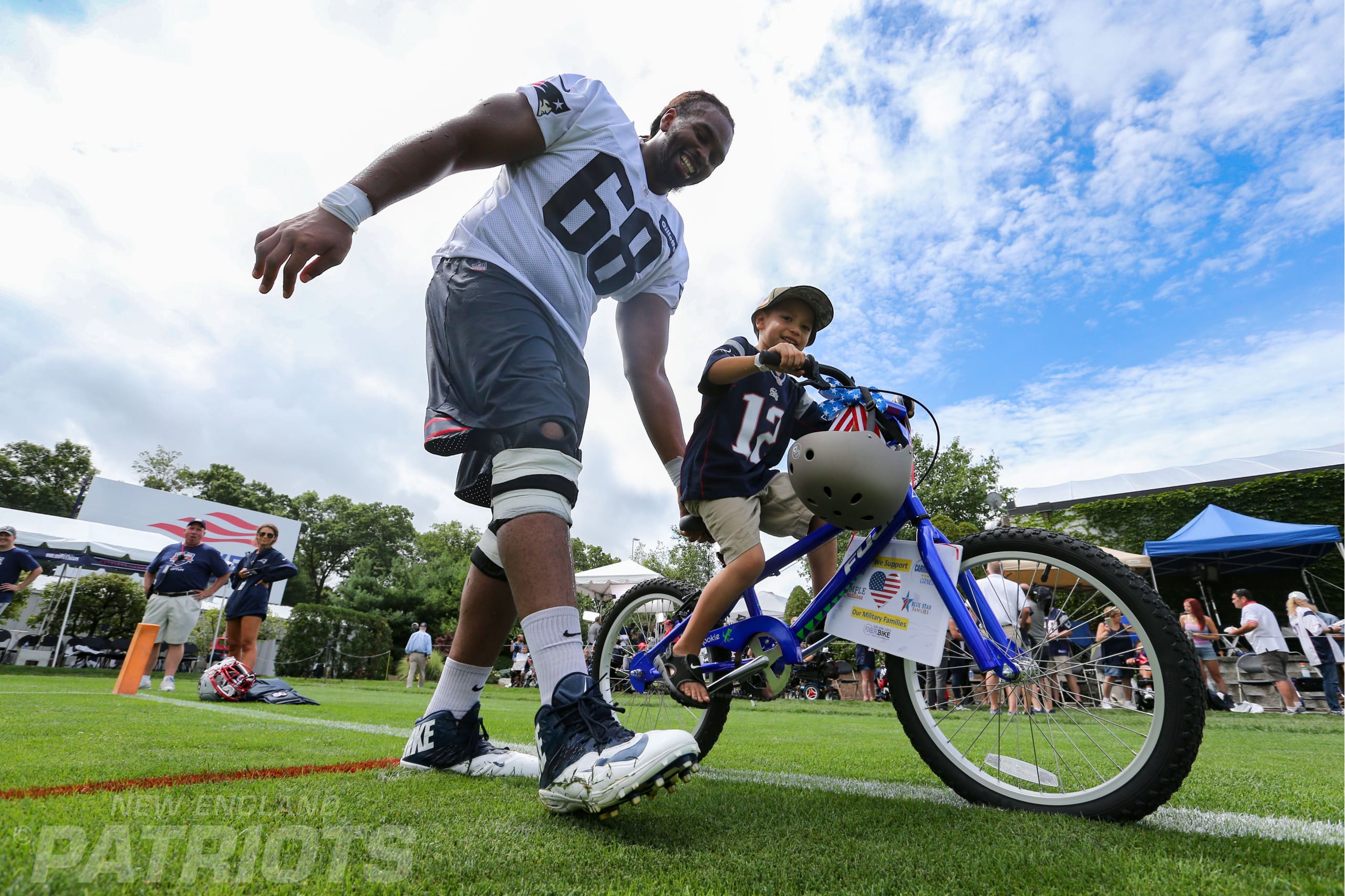 As expected, multiple hands shoot up. 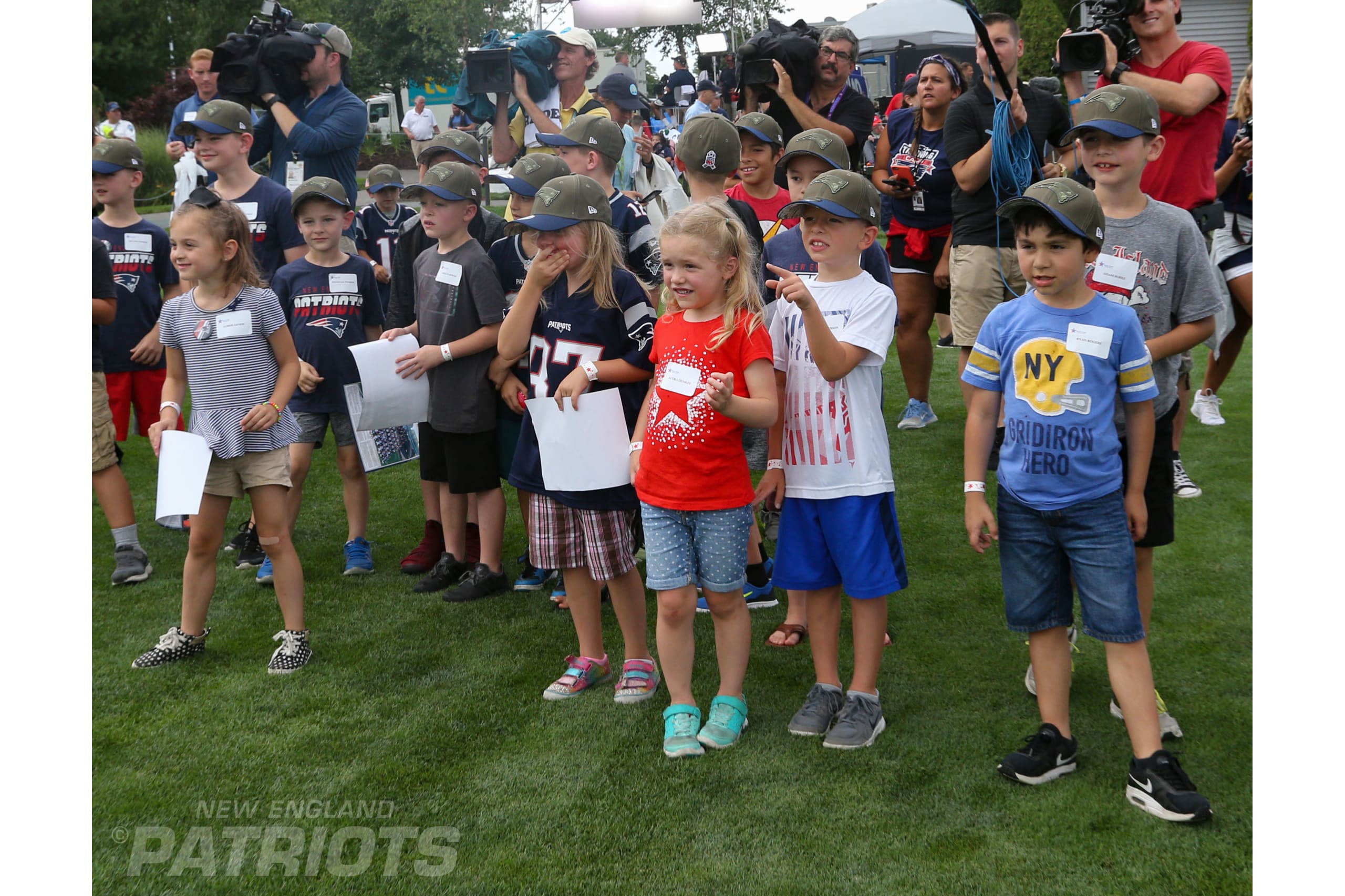 The Patriots Foundation partnered with CarMax and Blue Star Families to deliver a special surprise for this group of kids and their families, all of whom have an active duty family member. The kids were welcomed as guests for training camp, getting a front row view of practice, and once it ended, dozens of Patriots players walked out bicycles for them to take home. 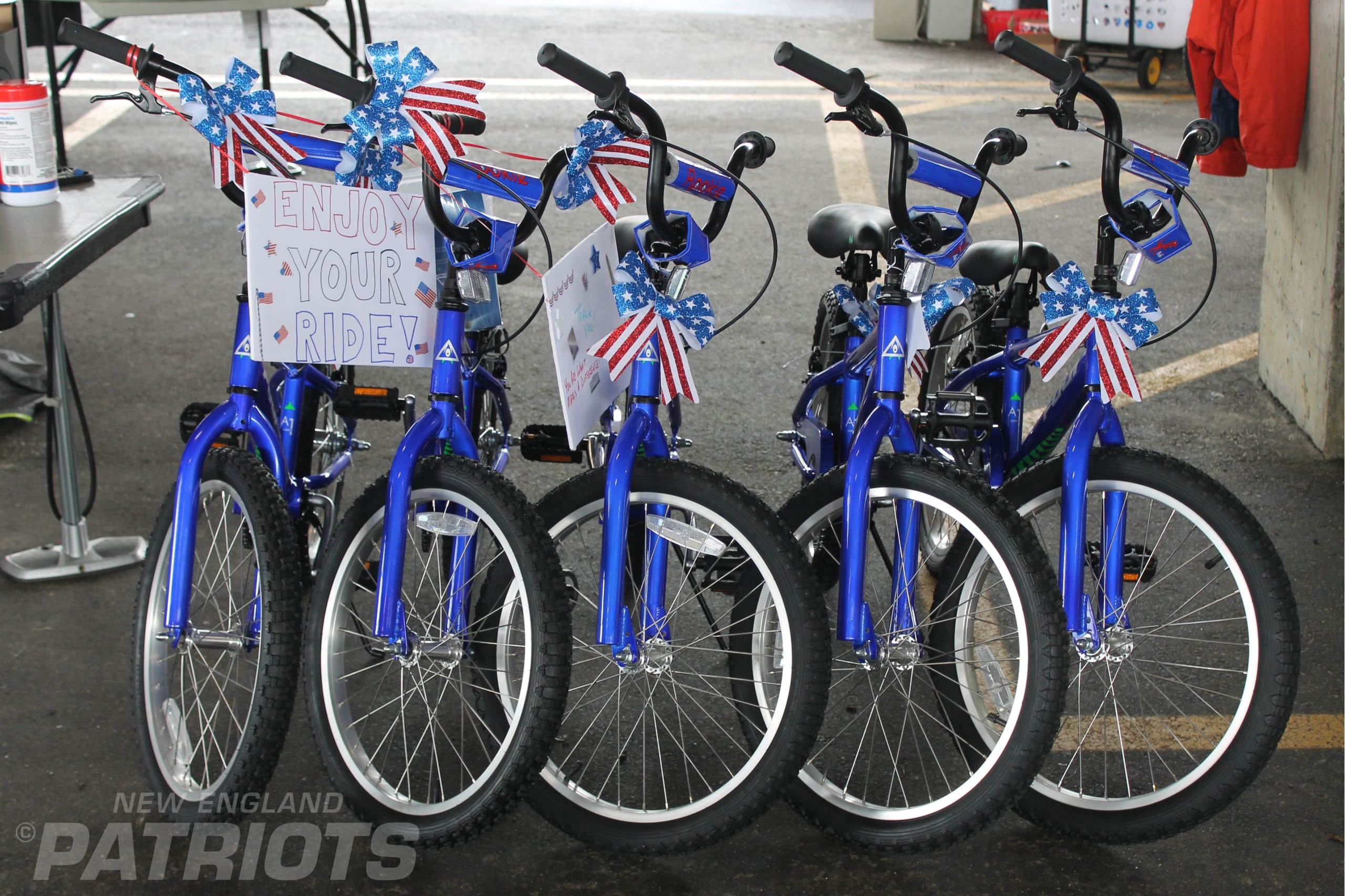 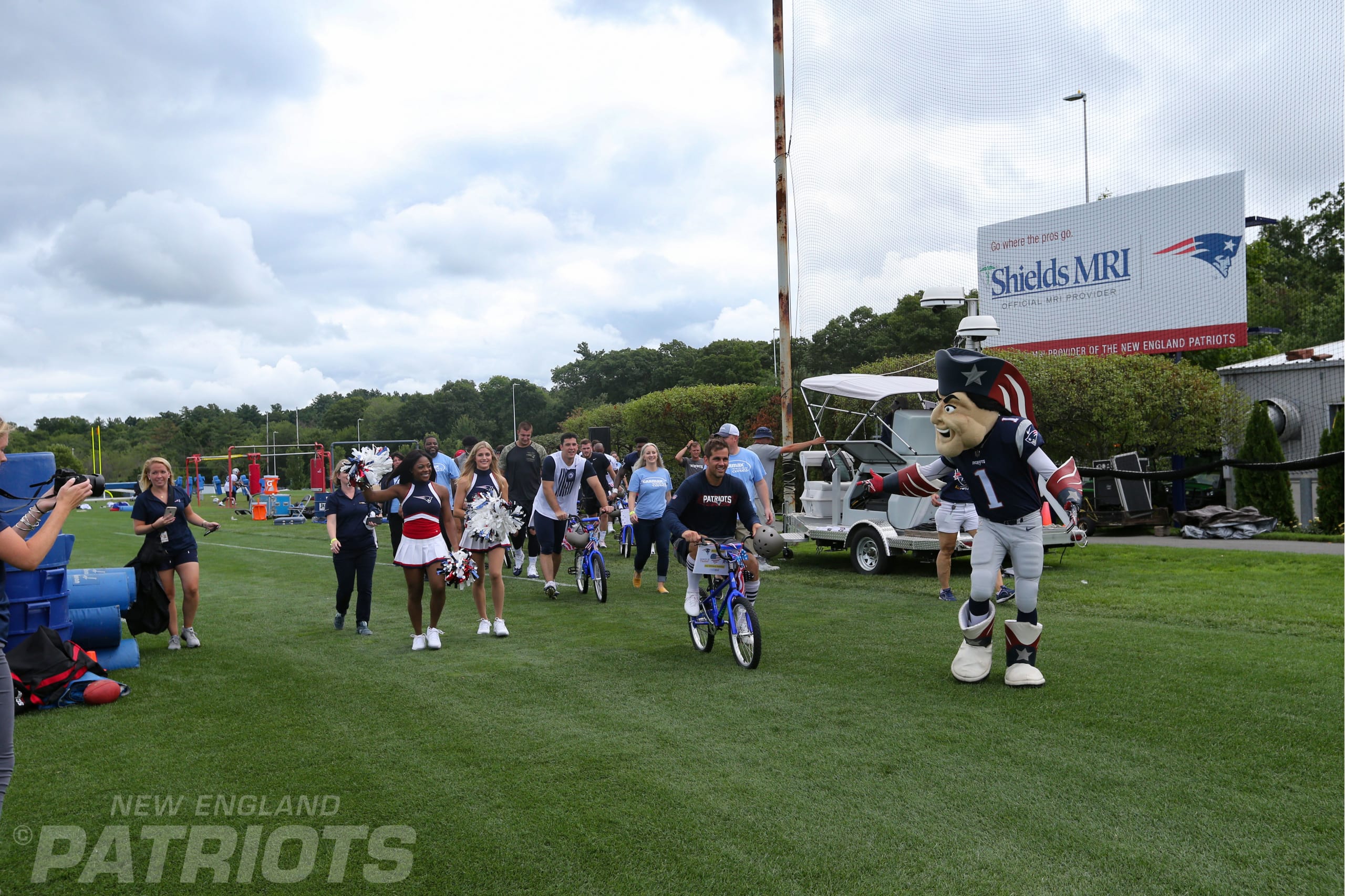 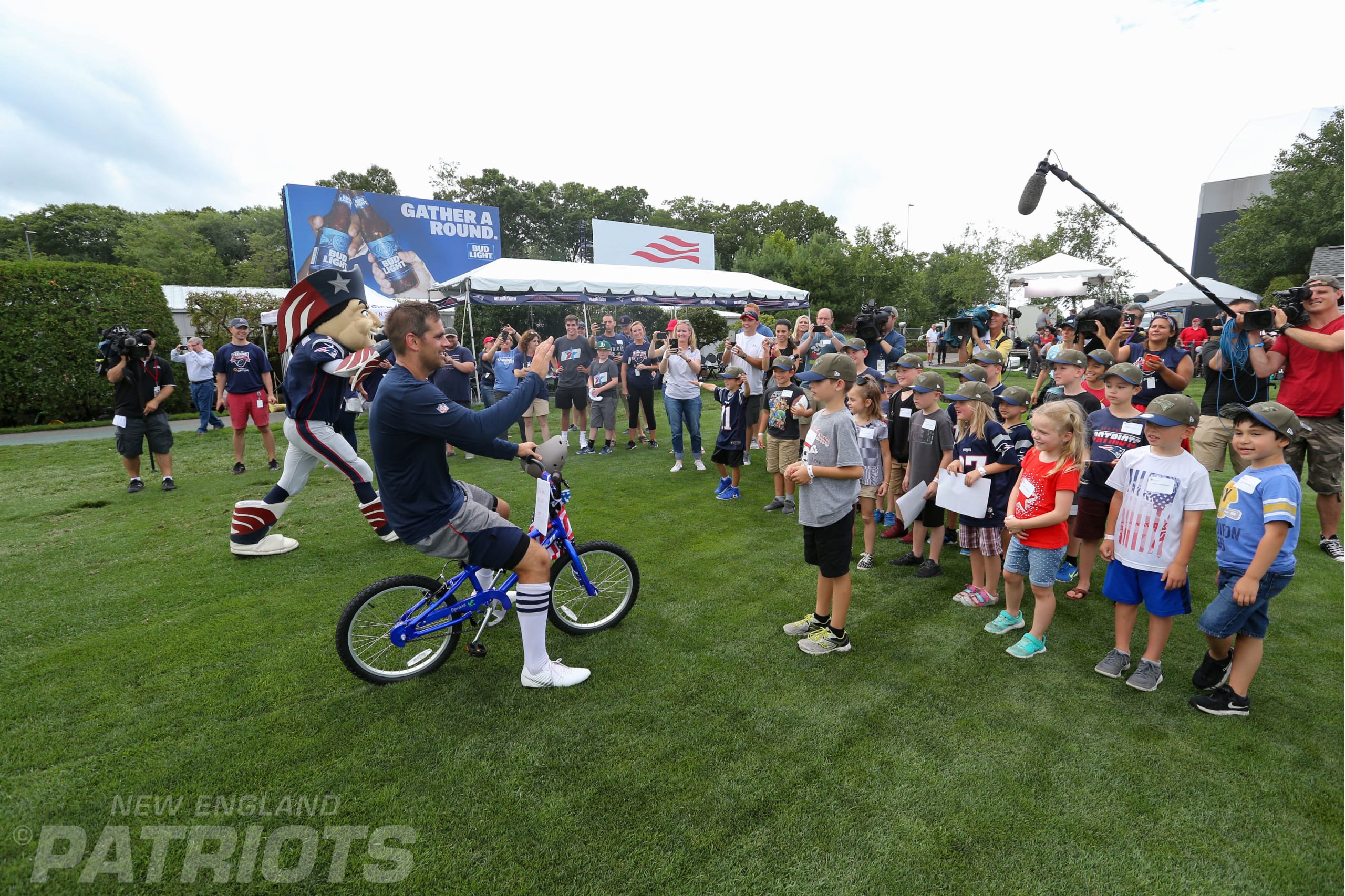 “Being around my kids all summer and every day, it’s nice to see some kids. Hanging around kids, it’s easy to interact with them. They’re so excited to see you. They don’t really know who you are,” Stephen said. “They say, ‘Are you Tom Brady?’ It’s a lot of fun. To get a nice bike from Patriots players, that’s got to be a pretty cool experience.” 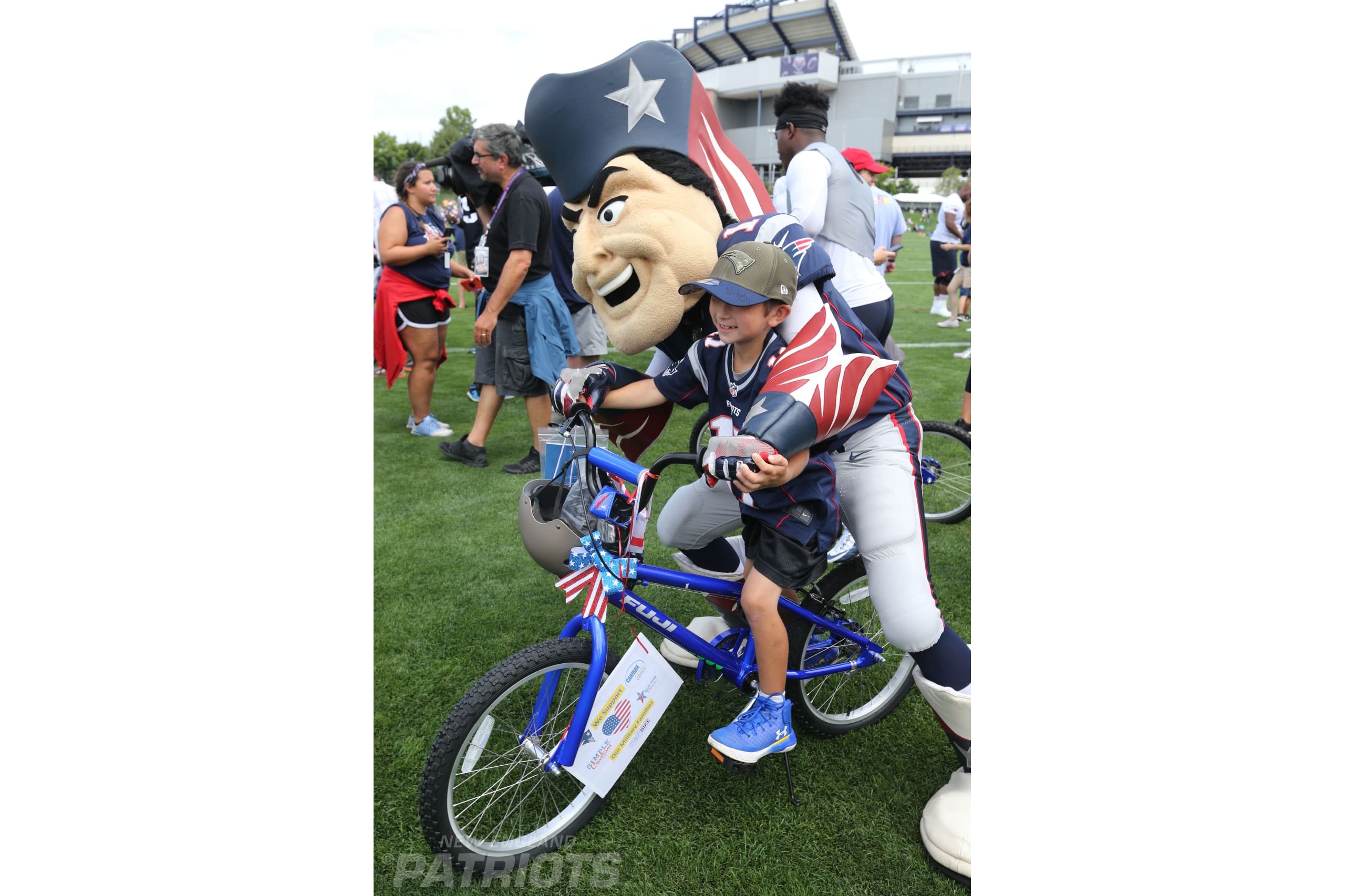 Matthew Densley, a gunnery sergeant in the Marines, brought his daughter Audra to Patriots training camp.

“All she wants to do is play with this thing,” her dad said with a laugh. “It was amazing. It was a great opportunity. The Patriots did an awesome job for us, showing the love for the military. It’s an amazing opportunity to be a part of something like this.”